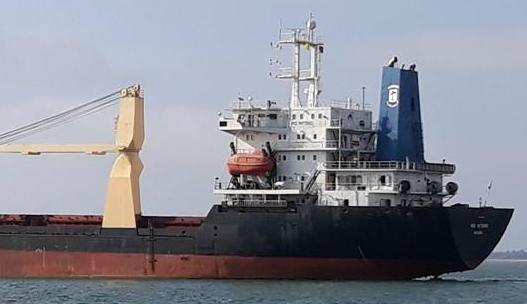 was attacked by pirates off Malabo, Equatorial Guinea on Saturday and two crew members were kidnapped.

Maritime security consultancy Dryad Global reported that the vessel was attacked by a single speedboat, and the perpetrators are believed to have used ladders to board the vessel. Two crews, one Russian and one Ukrainian, were kidnapped while the remaining crew members are safe.

According to Dryad Global, there has been an increase in reporting concerning vessels acting in suspicious manner in the region 48 hours before the incident. The latest incident has brought the total numbers of seafarers kidnapped throughout the region so far this year to 50.

“Whilst the trend of incidents within West Africa is showing a gradual decline, there is an upward trend in severity of incidents notably those involving kidnap for ransom. Vessels operating in this region must maintain the highest levels of vigilance and ensure that vessels are adequately hardened when required,” Dryad Global said.

Late last month, product tanker Vemahope was attacked in Nigerian waters and ten crewmembers of the ship were kidnapped.

More Than Half Of Theodore Roosevelt Crew Have