In the world of tugs, the most commonly used measure of power is bollard pull. Simply put, bollard pull is the pulling power of a tug, typically measured by the force exerted on a shore-located bollard. “This is the static bollard pull, with a vessel speed of zero knots,” explains André de Bie, Damen Senior Design & Proposal Engineer Tugs. “But of course the situation at sea or in a port is, in general, never static and the speed is almost never zero. This is a dynamic situation and can’t be compared 1:1 with the static bollard pull.”

Bollard pull is typically measured in tonnes, and is used as an indication of how powerful the tug is and for what jobs it can be used. A large container vessel, for example, needs far more bollard pull in assistance than a smaller general cargo vessel. “For operators delivering harbour assistance or towage services, bollard pull is a key contractual value. A tug operator requires a certain amount of bollard pull to carry out the contract.” 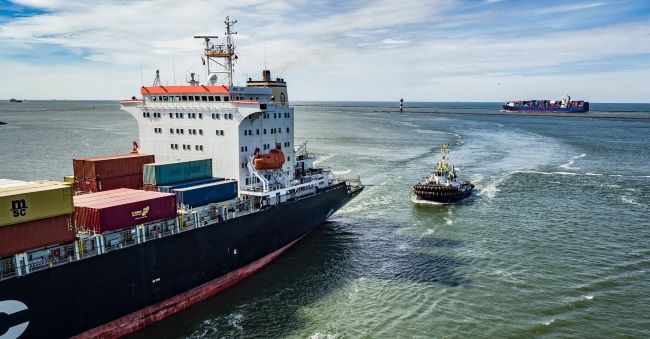 One of the most impressive developments seen in the maritime industry over the last few decades has been the evolution of bollard pull. While a 25-year old, 32-metre long tug has a bollard pull of around 40 tonnes, the bollard pull of a new Damen ASD 3212 Tug easily hits the 80-tonne mark.

“The development of propeller and propulsion configuration played a big part in this doubling of bollard pull,” says André. “Propellers with nozzles replaced open propellers in the 70s and 80s. This was far more efficient, achieving much larger bollard pull with the same amount of power. In addition, twin propeller propulsion arrangements replaced single propellers.”

Another reason can be found in the main engines.

Brains as well as brawn

Despite the huge forces involved, it must be noted that a modern tug is more refined than just a deliverer of pure brute strength. “Of course, operations at zero speed are not very refined; it’s all about the power. But as soon as the speed increases, it starts to become very technical very quickly. Then it’s the combination of factors, including engine power, skeg arrangement and hull hydrodynamics.”

The evolution of bollard pull has enabled considerable advances to made on the subject of tug design. Whereas the size of the main engine used to be the critical factor, now design is mainly about creating hydrodynamic forces. This can be seen in Damen’s new generation of tugs, in particular the Reversed Stern Drive (RSD) 2513 Tug. This 25-metre long vessel, equipped with a twin fin skeg, yields 70 tonnes of static bollard pull, and with a high dynamic bollard pull as well. 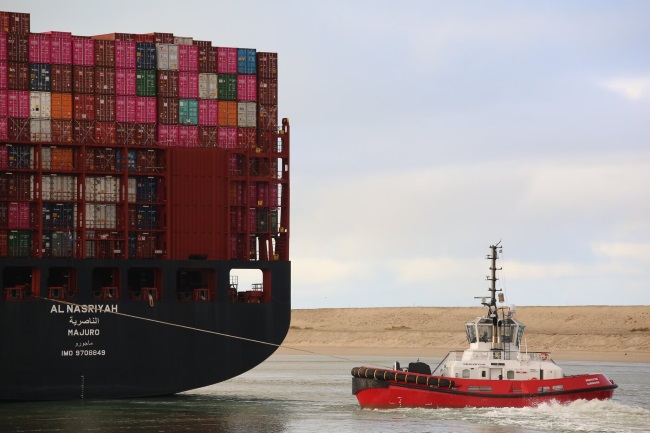 The entrance of today’s smaller, more powerful tugs onto the market has brought some extremely worthwhile advantages. “Speed of operations is an important factor. A fleet of modern tugs gets the job done quicker, ensuring the fastest turnaround. This is the bottom line for every port and every ship owner.” Increased bollard pull also means that tug captains have a more manoeuvrable, and therefore more versatile, tool at their disposal. And, due to the large size of modern container vessels, there is relatively less space left for a tug to perform berthing operations. In such a situation, reduced size is of great value.

Looking towards the future of bollard pull development, the following questions arise. Can tugs become even more powerful? Or has bollard pull reached its limit? “We haven’t reached the limit yet as we are continuously improving,” answers André. “When we are working on a new design, we will always look for the technical possibilities available on the market. Main engine power plays an important role. Today we have 16 cylinder engines with an output of just over 2,500 kW. Maybe the next step will be 18 or 20 cylinder engines. Then the combination of main engine and thruster will result in an even higher performance in bollard pull.”

With the eventual advent of more powerful engines, Damen’s contribution will be to carry on what it has been doing so successfully for so many years: building cutting edge vessel designs that incorporate the very latest technological advances. 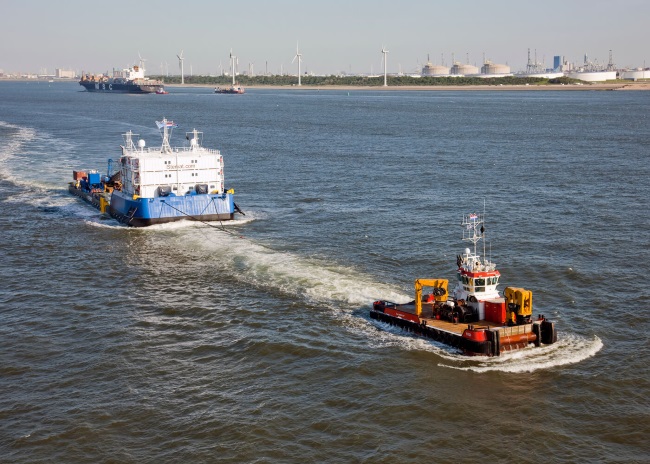 Tugs do not have the monopoly on bollard pull; there are many other vessel types that need it to perform their own specific tasks. “If you have to pull something through the water, for whatever reason, you need a certain bollard pull,” adds André. “This is as diverse as trailing hopper suction dredgers and fishing vessels.”

Damen’s Shoalbusters and Multi Cats are two further examples. These are heavy duty workboats that combine their bollard pull with another valuable characteristic: shallow draught. “Of course the ideal situation for water flow in and around the propellers is that the water depth is four or five times the draught of the vessel. But we have designed the propeller and propulsion lay-out in such a way that we can have the highest possible bollard pull within these draught limitations. This creates a very versatile vessel because, just as with tugs, bollard pull is also of high contractual value for Shoalbusters and Multi Cats.”
Source: Damen

Video: “A revolution, not an evolution” for inland distribution

USS Missouri (BB 63) stern view which ran aground in Thimble Shoals in Hampton Roads, Virginia, is shown with fleet and harbor tugs alongside and aft during one of the four attempted pull off operations, which failed to move the ship from the sand bar.