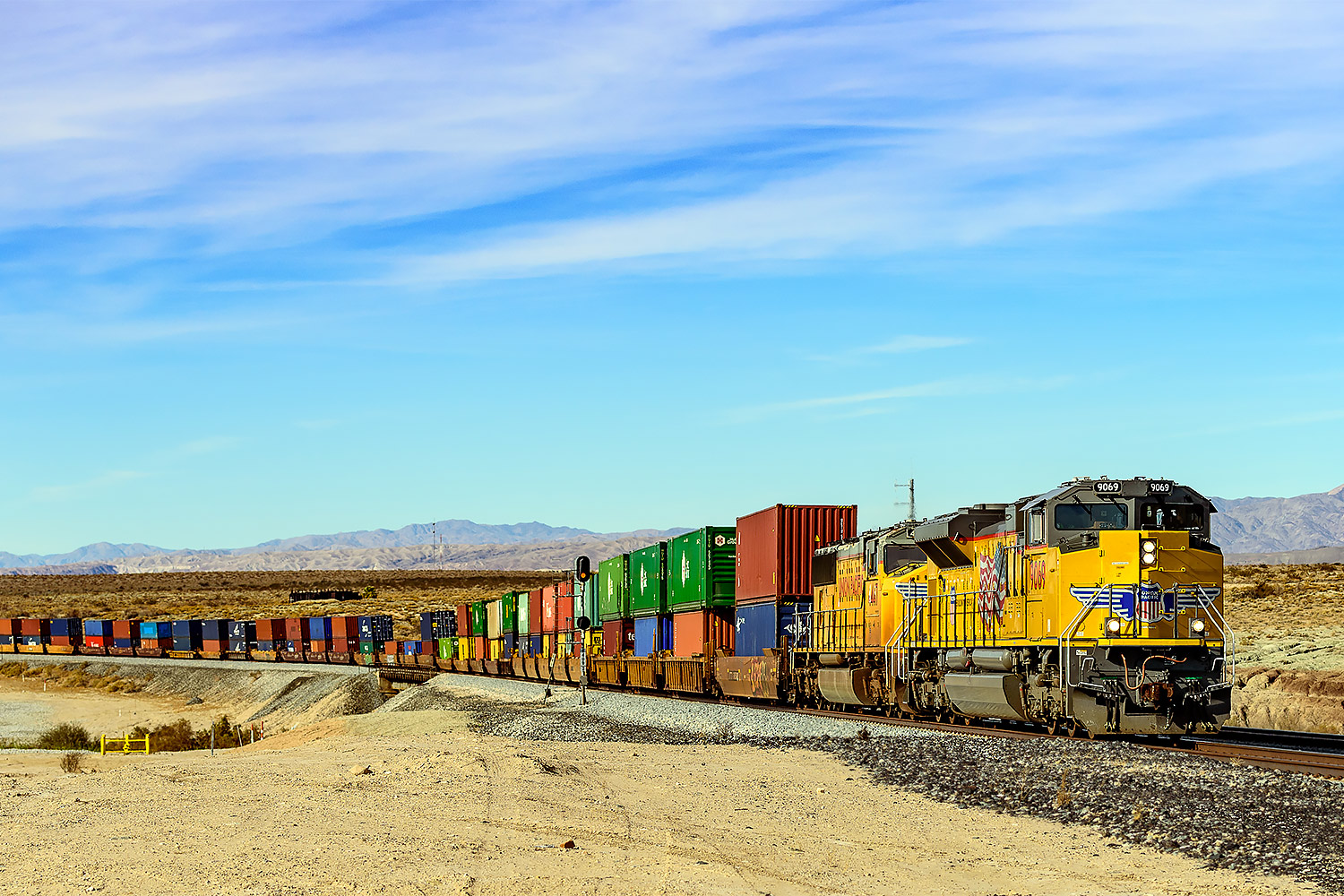 Some intermodal marketing companies (IMCs) say they are still struggling to get space on intermodal trains in Los Angeles, but Union Pacific Railroad says the intermodal network is running smoothly after being caught by a surge of cargo.

Three IMCs, who spoke on the condition of anonymity, said that it’s even harder to get a rail-owned container, a gate reservation, and a slot on a UP train than a month ago, which is a separate issue than service when cargo is on the move.

A general manager for an IMC in California called conditions for IMCs, “the worst in my 40 years in the business.”

“We’re missing out on a lot of freight opportunities,” said an intermodal executive based in the US South. “We simply can’t get freight on the trains.” Only about 20 percent of requests for rail-owned UMAX and EMP boxes are being honored, he said.

UP’s service is good once the train leaves, the source said, but he noted the ability to get a container, gate reservation, and slot on a train is even worse now than a month ago.

Still, UP CEO Lance Fritz said Thursday that service has improved after a rapid upswing in US Southwest volumes in June spurred the railroad to call back engineers, bring back locomotives and railcars into service, and get containers staged in Los Angeles, a process that cannot be done overnight. Last month, intermodal marketing companies noted difficulty in getting rail-owned containers as overall domestic volume spiked.

“[It] was some noise in one week. It’s ‘x’, and then the next week, you want to do ‘x plus 40 percent’ and somebody says, ‘we’re short of cars or short of people.’ Nobody can crank up our railroad running 2,000 different movements [across the UP network] in one week,” Fritz said on an earnings call. “We’re always going to have a little bit of a lag. That’s the way in the railroad.”

The volume surge has also caused issues for J.B. Hunt Transport Services on the West Coast, the largest asset-owning IMC, with a lot of shipper customers in Los Angeles.

“The balance of our network continues to face significant challenges that I expect to become even more difficult in the third quarter,” Darren Field, J.B. Hunt’s executive vice president of intermodal, said last week. “The balance challenges come from the opportunities for growth and the rate of shipping from our customers. There was a significant lift in West Coast demand to come eastbound, which are predominantly imported cargoes.”

Such rapid swings have caused UP’s train speeds to be slower today than in the spring, but they are faster than a year ago. The average UP  intermodal train speed year-to-date through Week 28 (July 19) is 32.5 miles per hour, faster than the 30 miles per hour a year ago, according to the Association of American Railroads.

UP acknowledged the surge in e-commerce business was the primary catalyst of its volume growth in June.

“We have aligned ourselves with a number of e-commerce winners,” Kenny Rocker, UP’s executive vice president of marketing and sales, said on the Thursday call. “We’ve been able to win business in those markets. We feel very bullish about the wins. They are coming on now. We’re expecting more.”

While Rocker didn’t identify the company, three IMCs said the influx of volume is coming from UPS. The IMC sources spoke on the condition of anonymity because they are not authorized to speak about the railroads.

“It’s UPS and FedEx going gangbusters,” said the IMC executive based in the South. “I’ve been told UPS is going to have their biggest volume week ever out of L.A. next week.”

The volume spike has been steepest on the cross-country hauls, according to the Intermodal Association of North America.

Fritz said UP did not increase the number of trains out of Los Angeles in June because of uncertainty about laden volume on the backhaul.

“There was no way I was going to flow trains one way and have all the deadheads and extra costs,” he said. “Somebody else might have done it differently. I would not have changed anything I did when we started back up.”

IANA data shows that backhaul domestic volumes to the West Coast in June returned to pre-pandemic levels of more than 27,000 containers and trailers.

Tug pushing the main fuel tank of the space shuttle