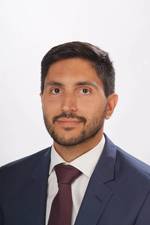 A team led by ABS has been awarded a contract by the European Commission (EC) to explore future directions for the IMO’s Energy Efficiency Design Index (EEDI) for ships.

The landmark study will look at ways to improve and accelerate the integration of low-carbon fuels and innovative technologies into the requirements of the index, which was originally created to reduce emissions from ships by promoting design improvements and the adoption of more energy-efficient power systems.

The EC, the executive arm of the European Union, awarded the consortium of ABS, Vessel Performance Solutions (VPS) and Arcsilea with funding to assess the EEDI’s technical performance and evaluate new targets before the 76th meeting of the IMO’s Marine Environment Protection Committee (MEPC) in October.

To assess carbon intensity, the EEDI formula measures a ship’s power consumption and generation, speed and deadweight to assign a value that represents the volume of carbon dioxide it emits when transporting one tonne of cargo for a nautical mile.

Currently in ‘phase two’ of its deployment, the EEDI’s carbon-reducing requirements are expected to significantly strengthen when phase three enters into force in 2022. The technical study is expected to inform the EU’s proposals while the IMO considers the possible introduction of EEDI’s fourth phase.

The team’s first task will be to review the current state of the Index’s implementation, including the extent to which it has incentivized the creation and adoption of new designs and technlogies, its impact on vessel speeds and installed levels of power, all in the context of the requirements for EEDI Phase 3.

This will include any limits to improving efficiency by reducing installed power while maintain-ing a constant fuel scenario; the main focus will be on the types of ships that have minimum requirements for propulsion power, such as tankers, bulkers and combination carriers.

It will also examine whether the current EEDI formula adequately captures the benefits of any new design and technology applications, the influence of ‘correction factors’ for different ship types and any issues that may arise from the verification process.

The Role of Fuels and Technologies
The second task will be to assess how new technologies and fuels can improve the energy efficiency and carbon intensity of new ships and their power systems, including those using LNG, bio-derived and alcohol fuels.

The levels at which alternative fuels and technologies are being adopted will be examined, as will the effectiveness of the IMO’s present verification guidelines. This part of the study will investigate the extent to which the requirements of EEDI phases one and two have been implemented on board ships, while concurrently assessing their effects on EEDI values and exploring ways to promote broader adoption.

It is hoped that this piece of work will increase industry understanding of why specific designs and modifications are being adopted by specific segments of the industry and why others have proven less popular. These initiatives also will provide the information for more accurate assessments of how to both incorporate new technologies and alternative fuels into the next phase of the EEDI and verify their benefit in terms of carbon reduction.

Fast-Tracking Decarbonization
The ABS-lead team has been tasked with proposing a roadmap that could link phases three and four of the EEDI, including potential ways in which any updated carbon-reduction and energy-efficiency targets could be set, taking into account existing industry analyses.

Fundamental to this process is exploring ways to speed up the adoption of low-carbon and non-conventional power solutions such as electric batteries, fuel cells and hybrid options. This will include addressing the challenges related to the carbon content of each fuel; not all have recognized carbon factors, or references in EEDI regulation. The process will attempt to identify the most effective ways to integrate promising technologies into the EEDI framework as they become available, and estimating the environmental impact of each.

Industry Consultation
The study’s requirements include an extensive consultation process with industry stake-holders, including equipment manufacturers, consumers, public authorities and NGOs, with feedback informing proposals for the introduction and formulation of EEDI phase four.

Consultation tools such as questionnaires, interviews, expert panels, bilateral meetings conferences and workshops will be assessed for their ability to acquire a representative sample of stakeholder opinions.

This process is expected to include at least two workshops with administrators in order to build a consensus-based approach to the final recommendations, with the results subject to statistical analysis for validation.

A Pathway for the Future
The present EEDI formula is comprised of many energy-efficiency solutions. The study will investigate how new technologies and fuels could be adopted into the EEDI framework and contribute to the reaching the IMO’s carbon-reduction goals for 2030 and 2050.

Critical to this process is verifying the impact of each technology or fuel, and whether phase three of the EEDI can incorporate any new decarbonization solutions that are gaining traction in the industry.

The study will not change the EEDI, rather it will examine opportunities to reorient the Index towards the requirements of the new age of decarbonization. Through this process we hope to discover whether the EEDI is robust enough to adopt any proposed changes while retain-ng its mandate to improve the energy efficiency of shipping and keep people safe. Ends

Turkish shipping looks to the future with confidence

Heading towards a better, faster and more sustainable future with Maersk Spot